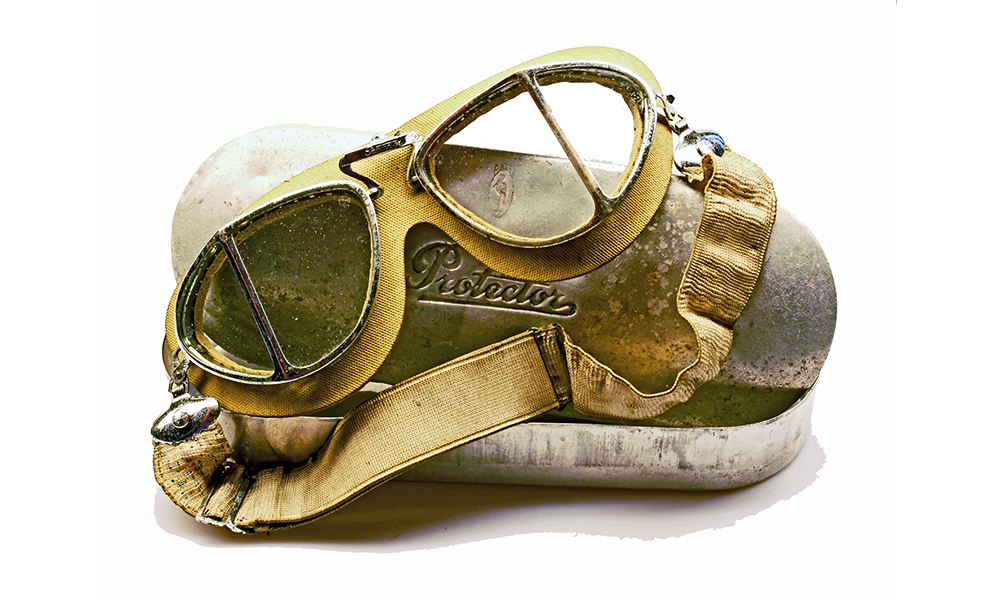 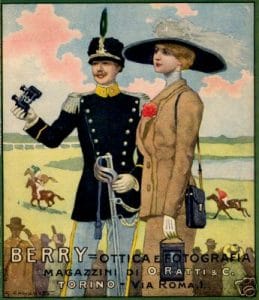 It all began when, in the 1875 Achille Berry, a twenty-year-old ophthalmologist native of Annecy (Fr), opened the first optical shop specialized in photography and astronomy, in Via Roma, 1 in Torino. Some years later, Ratti brothers relieved this business and, over half a century after the opening of the first store, the Berry company launched the brand Persol, still today synonymous of sun glasses of high range. As we will see afterwards, the Vascellari family will not only witness the evolution process of the brand but will also be part of its history. 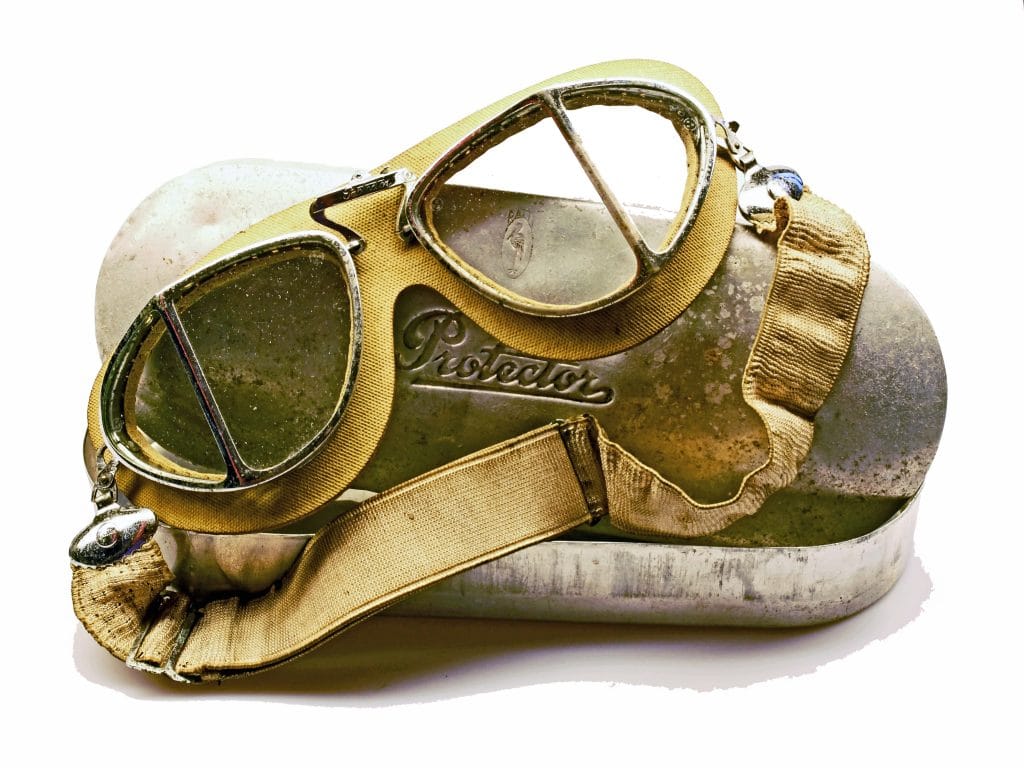 Torino, 1917. Giuseppe Ratti begins his journey that will lead him to international success: he starts making technically advanced sunglasses, in the small courtyard of a house in Via Caboto, suitable for aviators and road pilots.

Protector sunglasses are born. They are made with smoked round lenses, framed with gum and held to the head by elastic strings. They will be immediately used by Italian Army and Air Force pilots. 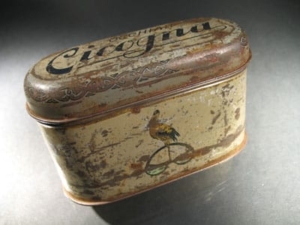 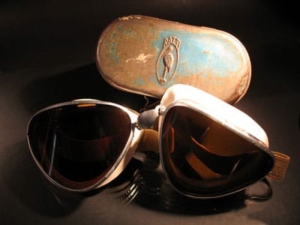 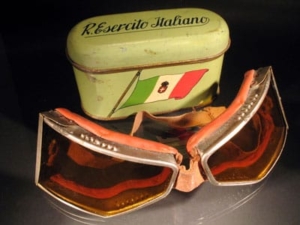 This is the first step of the lucky journey of one of the most succesful businesses in Italy. Giuseppe Ratti will choose a stork as a symbol for this event. It will be the mark of his factory for many years.

Thank to the high quality of Protector sunglasses, they are going to be used over the years by many famous road pilots, sport motocycles riders and great aviators, such as Ferrarin, Chiron, Nazzaro, Opessi, Bolognini, Ghersi and Juan Manuel Fangio.

Mag. Gabriele D’Annunzio will give a great baptism to Protector sunglasses when he used them flying over Vienna on August, 9th, 1918. They were also used by Francesco De Pinedo during his atlantic flight which took 193hrs! 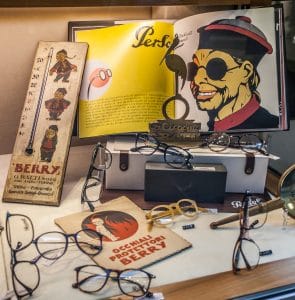 The Little Chinese, image of a growing myth

In 1920 Eugenio Colmo, aka Golia, creates “the little chinese” which will be symbol of Berry shop in Via Roma, and will be, redesigned, for another 50 years, in all Ratti’s advertisements, including Persol.

Giuseppe Ratti was a great enthusiast of botany. Together with a German chemist they created the famous brown lens, around 1920, that will be mounted on all Persol sunglasses. It’s peculiarity comes from the manufacturing process, called “in massa”, which means that the color is in the material. It provides a great protection from bad sunlight.

1924, Protector sunglasses archieve the first of 14 different patents! They are made by 41 single parts and their manufacuring requires 43 different steps. In 1927 they will be used by the Swiss military forces, in a number of 200 pairs. NASA itself will use them as well, the model 4 glasses. 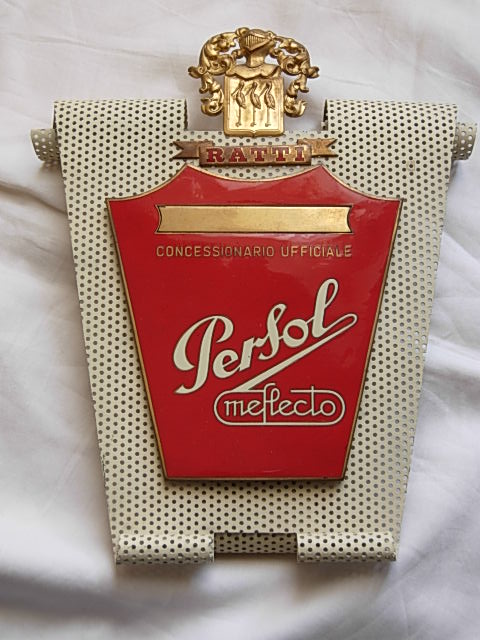 Next step of the evolution for protector sunglasses comes from the will to create something innovative in terms of fit and quality. So in 1938 the brand Persol had been created. In italian language, Persol means for the sun (Per – Sol).

Peculiarities of this product will be, clean design, crystal lenses, the famous arrow and Meflecto, an ingegnous system to make the temples flexible.

Meflecto, which had been introduced in late ’30s, is the first flexible temple ever, and will remain a Persol distinctive mark forever. It’s flexibility is obtained by inserting in the temple some  (2-3) nylon or steel tiny cylinders strung by a steel wire, in order to obtain a perfect and comfortable fit to all faces. A great contribution to its realization was given by Guerriero Vascellari, elder brother of our family, who was employed in Ratti’s factory 1937-1939, before joining the army, as an alpine trooper. Some say that was industrial espionage, but there is no evindence about it.

At the same time Persol Victor Flex had been created. This is an application of the Meflecto concept. They are light, comfortable sunglasses, equipped with a flexible bridge (still used on Icon model 649), which gives a very nice fit on the face. On new models a steel wire has been inserted in the temples to allow regulations in terms of lenght and curve.

The Famous Symbol: The Arrow

When WWII ended, a new icon was born: the Arrow. It is a particoular hinge that has the shape of an arrow, inspired by the sword of gladiators. This innovative item, created by Ratti and his employees, was immediately patented in many different countries. In the ’80s Guerriero Vascellari, will be called in Torino to witness the patent renewal.

The arrow had many different variants during all these years (Victor, Invictor, etc.) until Supreme was born, which is still a distinctive aspect of Persol. Very functional and decorative, will lead Persol to be recognized and imitated all over the world. 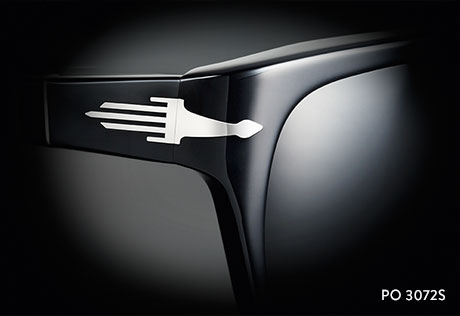 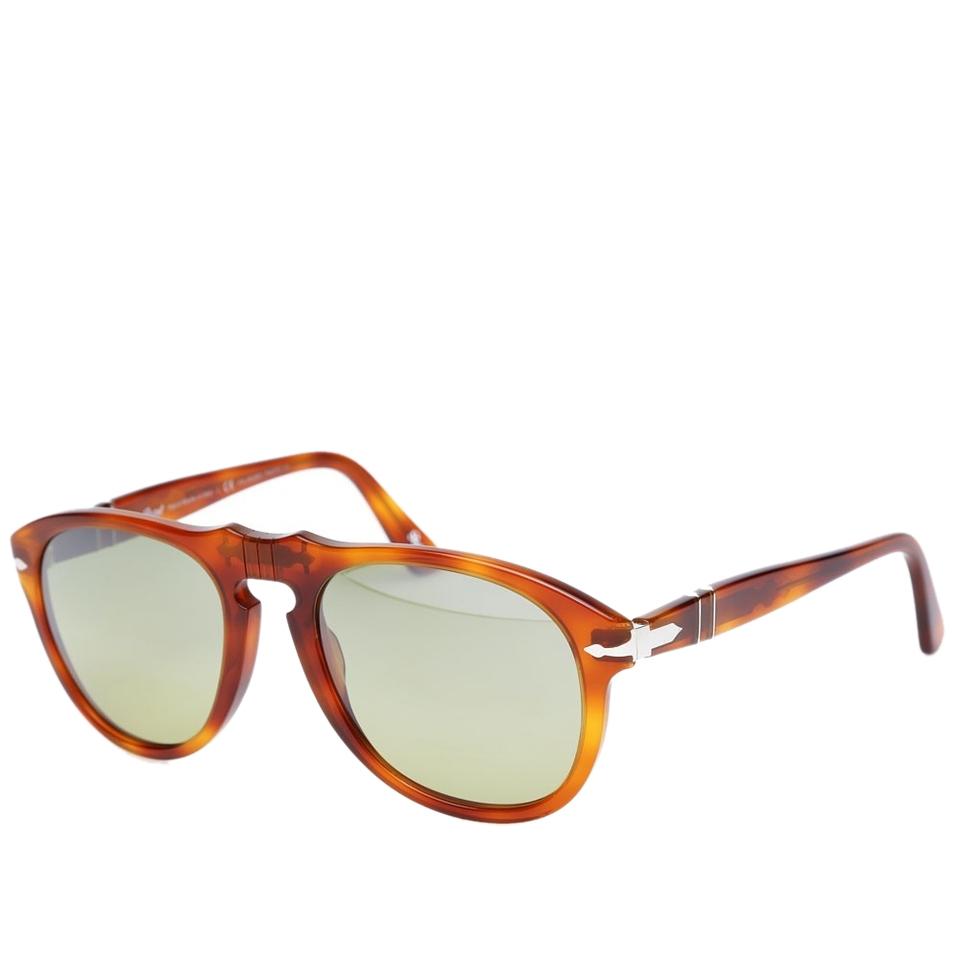 In 1957 model 649 was born to meet the needs of tram-drivers who needed wide-lens sunglasses to protect themselves from dust and wind. Its original design will lead it be a best seller, until it got to its best success after Marcello Mastoianno used it during the filming of Divorzio all’italiana.

During the ’60s Persol becomes a real boast for all italian industry. Working sunglasses are created, the Labor, protective sunglasses for welders, equipped with specific filters for different purpouses.

1962 is the year when Persol gets to the american market (before that, they used to sell sunglasses to NASA only).

During these years, Persol is worn by great people, not just road pilots and sportsmen, but also movie stars such as Greta Garbo and Steve McQueen. 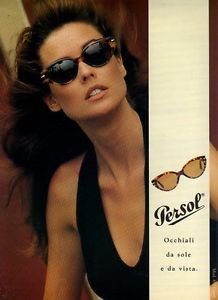 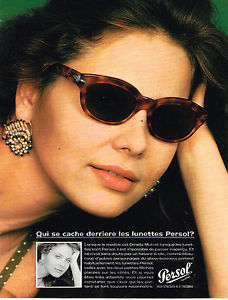 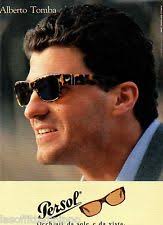 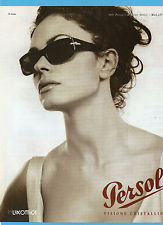 Many exceptional testimonials have worn Persol sunglasses over the years, Ornella Muti, Jean Alesi, Alberto Tomba, Carol Alt, Marcello Mastroianni, and many others to Maria Grazia Cucinotta and Alessandro Del Piero (1998-99), Filippo Inzaghi (2004). They all chose the myth, and they wear it with style. 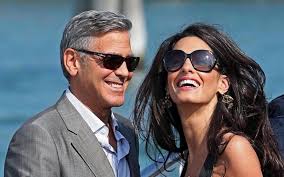 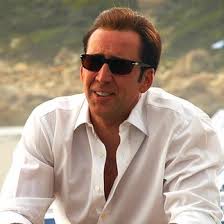 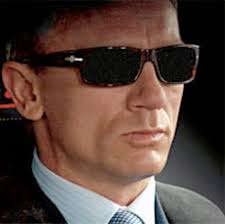 Persol is also one of the main sponsors of the Venice Film Festival, and has been used in many films, by many different famous actors, George Clooney, Nicholas Cage, Julia Roberts, David Duchovny, Susan Sarandon and many others including, of course the great Steve McQueen, who wanted Persol sunglasses for their everyday life as well. 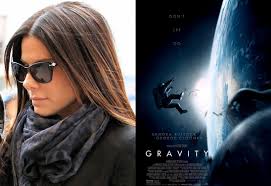 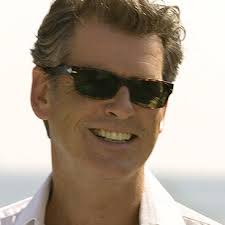 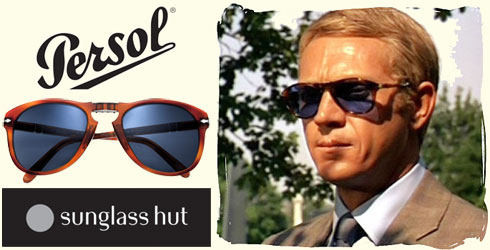 The following video, it’s a brief explanation of all the items we wanted to expose to celebrate this important anniversary.