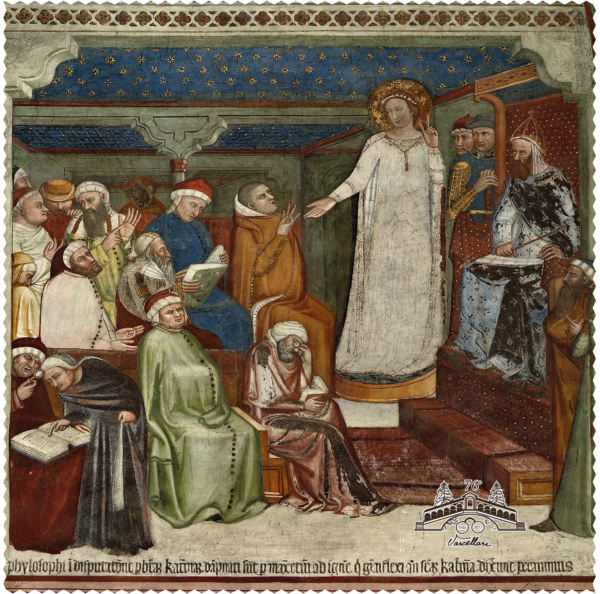 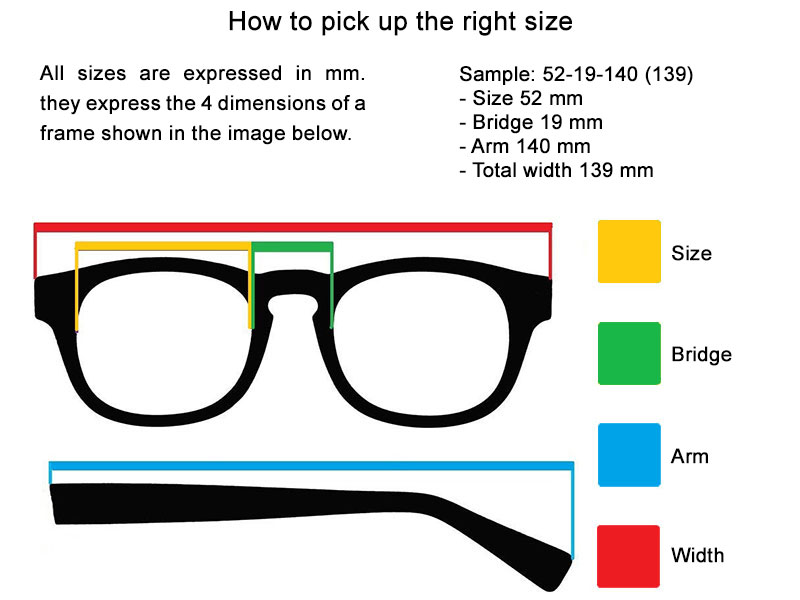 The image shown is from a 1368 fresco work by Andrea De Bartoli or da Bologna, active between 1355 and 1369 and located at the lower church of the Basilica of St. Francis of Assisi (PG).

It is dedicated to an episode in the life of St. Catherine of Alexandria.

Here, after clashing with a Roman emperor, probably Maxentius, the saint confronts the fiercest philosophers and scholars available to the emperor’s court. By Catherine’s enlightened word, however, these will be not only defeated but even converted and for that reason subsequently burned at the stake.

If you look closely at the philosophers, you can see a monocular lens with a small handle (to the left) and a likely rivet eyeglass (to the right). After the Treviso frescoes by Tommaso da Modena, this turns out to be the second oldest known representation of corrective lenses for reading.