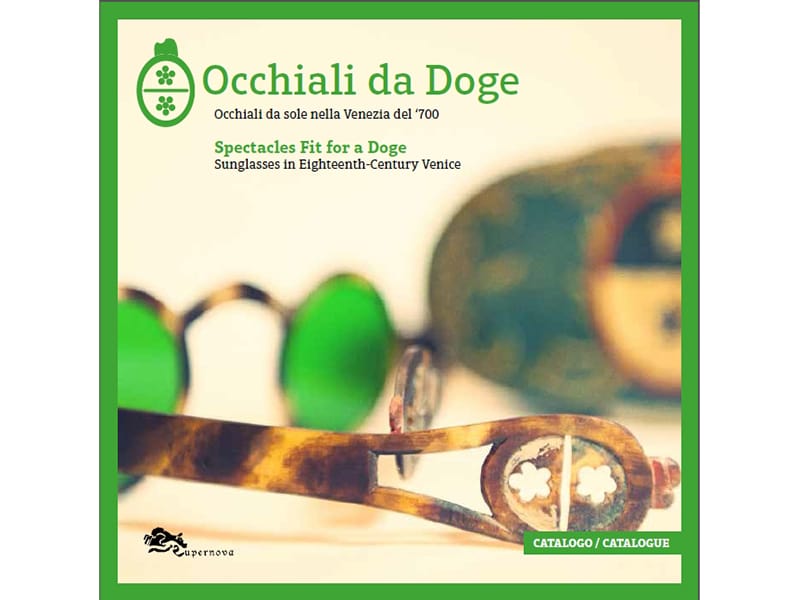 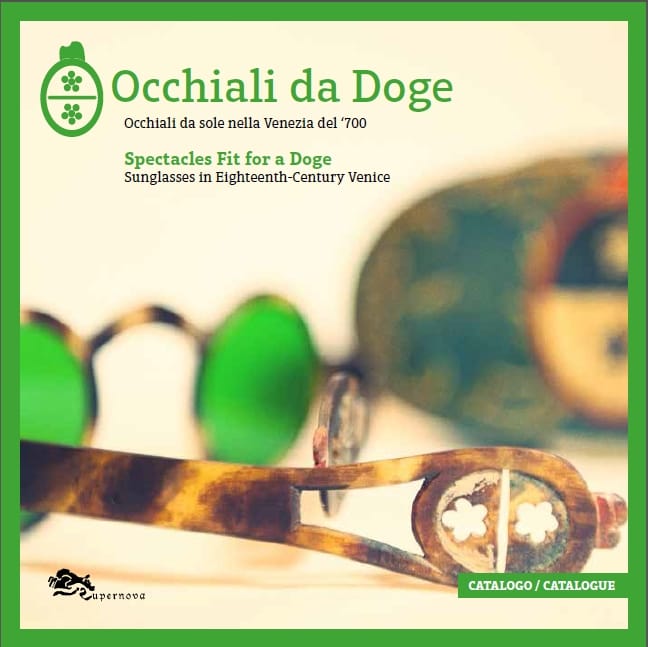 Nero was one of the first that used a colored stone to protect his eyes from sunlight as he watched the gladiators in combat in the amphitheatre. Venetian opticians,  120 years before the rest of the world discovered  the danger of ultra-violet rays, used to produced emerald green color glass, to create sunglasses that totally stopped these rays. During the 18th century in Venice, the nobility and Commanders da Mar (of the sea) wore sunglasses to protect their eyes from the glare of reflected light while navigating the waters of the lagoon or the open sea.

Starting with “bow” spectacles (without temples), the exhibition will then examine the first efforts made to stabilize glasses on the nose by the use of temples, a hinged stem connected to the rim. Other highlights are vetri da gondola or da dama (for ladies) which were used by Venetian noblewomen when they rode in a gondola, and vetri da avari (glasses for misers), colored optical illusion eyeglasses created just for entertainment.

The Museo dell’Occhiale in Pieve di Cadore (Belluno), Museo Correr, and the Biblioteca Nazionale Marciana, in collaboration with the Stazione Sperimentale del Vetro in Murano, have all contributed to this scientific project, which not only focuses on rare and fascinating objects, but also the importance of safeguarding and protecting the eyes.