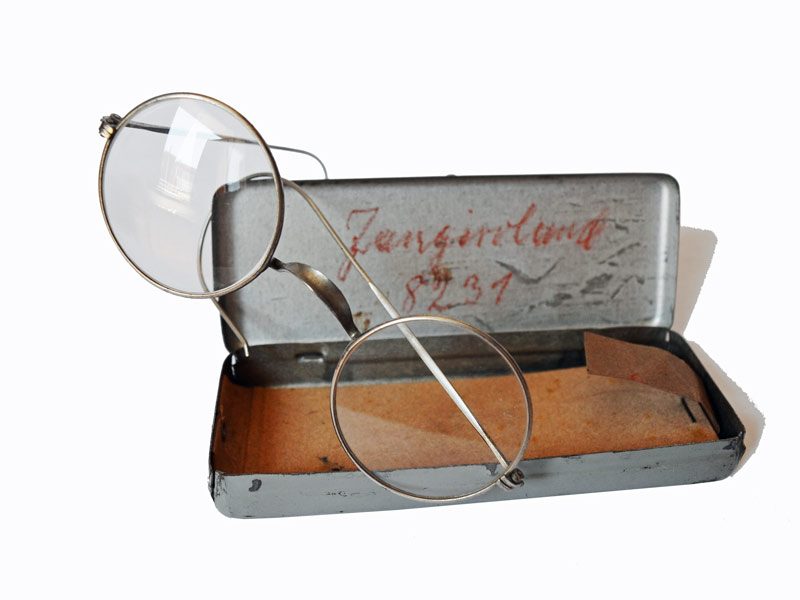 Most objects hide a story behind. We get to know these stories very rarely, but this time the object of this post is forcefully inserted in the window dedicated to the “Day of remembrance”. 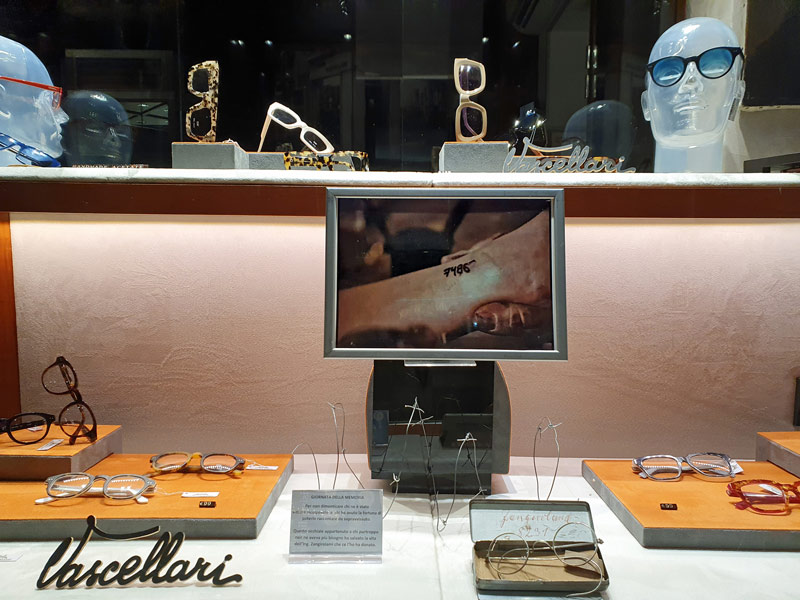 More than 20 years ago, one of our customers, after seeing a small exhibition of antique glasses at our studio, came to the shop and gave us a pair of glasses. The metal case with a German inscription Dienst-brille immediately told the period of the object 1935-1945. Inside there was a round frame with a hedgehog temple typical of those years. What immediately striked us, though, was our customer’s last name which was written on the inside of the case on top of a four digits number “8231”.

In Venice house numbers in different “Sestieri”can reach up to #6000, but Ing. Zangirolami lives in front of our shop which is #1030 and therefore that cannot be his house number.

To our perplexity about it, without saying a word, he raises the sleeve of his shirt and on the forearm we can read that number exactly as on this image found on the internet a few years ago. 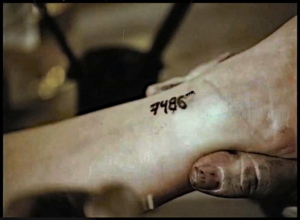 The emotion is strong as he begins to tell his story: – “I was deported to a concentration camp along with hundreds of other people and upon our arrival they selected us based on our age and size. I was very tall and thin and they asked me what I used to do in life.

– I am an Engeneer – I told them and then they put me aside. Later they asked me to show them my skills but when they picked me up I didn’t have my glasses with me that allowed me to read. I pointed this out to them and then they pointed me to a bunch of glasses to look for what could be useful to me and I found salvation in these glasses!” –

Therefore glasses that belonged to someone who unfortunately was no longer there, allowed Ing. Zangirolami to get out of that inferno alive. At that point we wanted to verify its power and to our surprise one lens turned out to be neutral and the other with a pure positive astigmatism of 4 diopters, which had nothing to do with our client but which at that moment allowed him to see magnified what he wrote.

Often, when our customers leave their old eyeglasses in the used glasses box to be sent to missions, to the question “how will my glasses be used by someone else?”, we anwser them by telling this story and pointing out that they will go to whom every day he fights for survival.